A few years back, I decided I wanted to read those old team-up books I enjoyed in my youth, like Marvel Team-Up and DC Comics Presents.I recalled enjoying those done-in-one stories starring a favorite character and someone else from the Marvel or DC universe. I figured I couldn’t get every issue, so I decided to try to get only those issues guest-starred characters I liked or were interested in. One of those books that I didn’t have a whole lot of experience with was Marvel Two-in-One, starring the Thing and a guest each month. So, over time I bought the following issues:

Reading through these, the first thing (heh) I realized was that this comic book was a stealth Thing ongoing series! These were not done-in-one stories like I thought (I mean some were, but still) with some stories spanning three issues. And now my dilemma is this, some of these multi-part stories I quite enjoyed but I am missing a piece of the puzzle, and that hurts my comic book obsessive brain. I guess I should have tried to get all of the issues after all.

The second thing was that some of these team-ups were not. Spider-Woman was more of an adversary in #30 and Vision in #39 was an imposter (except for maybe a panel or three). If these were done-in-one stories, I’d be more irritated by that but because they were one part of a larger story, I guess I can forgive the false advertisement. :)

The third thing is that the Thing is not a very likable character. He has this reputation for being a gruff, but lovable guy, but I mostly found him to be a petulant man-child. But what I did find endearing in Ben is his love for Alicia Masters, which is an ongoing part of this series.

While some of these issues are just not that great, I wanted to highlight a few that I enjoyed. #37-39 is one of those three-part stories that was interesting, especially because of the legal component (and remember when comics would/do compress something that would take months into mere panels?) and the focus on Matt over Daredevil, at least for part of the story.

Issue 50 was one of the few done-in-one stories where Thing travels back in time to give himself a Reed Richards developed formula that would have cured past Ben. Of course, in the mighty Marvel tradition, past Thing fights present Thing for several pages before present Thing wins and administers the elixir to the unconscious Thing, curing him. Thing returns to the present to find himself unchanged, and Reed explains that all Thing did was create an alternate timeline. Thing comforts himself by complimenting his current rocky appearance over the “dinosaur hide” he used to have. I’ll keep this issue for sure. 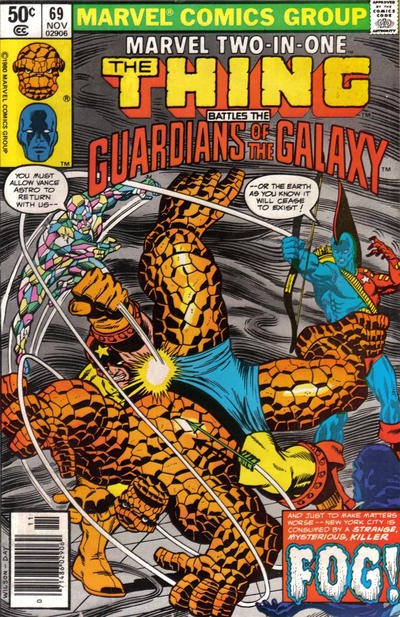 Another one I’ll keep is #69, which is an issue of the series that I bought when it was first published but let go at some point. This was probably my third exposure to the Guardians of the Galaxy (after Avengers #177 and Marvel Team-Up #86) and I found the time travel aspect involving Vance Astro interesting, especially the “fog” that’s created because of the proximity of the two Vances and their mental powers. Also, Vance Astro is one of those characters I’ve wanted to read more about especially because of this issue and eventually when Marvel made the younger Vance (as Justice) a member of the Avengers. 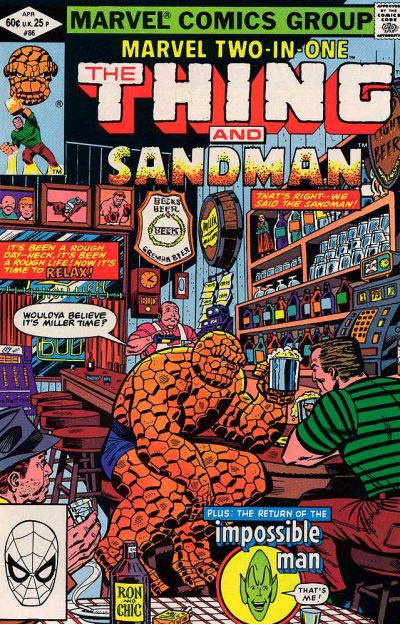 Finally, #86. Here Sandman has had enough. When Thing happens upon him in a bar and starts to trash the place in anticipation of the fight to come, Sandman tells Thing to arrest him. This surprises Thing enough that they get to talking. We learn about Sandman’s history as a poor kid growing up on the mean streets, his love that he ends up losing, and his various run-ins with New York’s superheroes. After hearing Sandman’s story, Thing buys the next round and leaves, telling Sandman he has an opportunity for a fresh start. This comic, or rather its cover, inspired me to write a similar scene in a short story. I’m glad I was finally able to read the issue that contributed to that story.

What about your experience with Marvel Two-in-One? What were your favorite issues and why? Comment below!

Not much in my pull this week (which is probably a good thing). 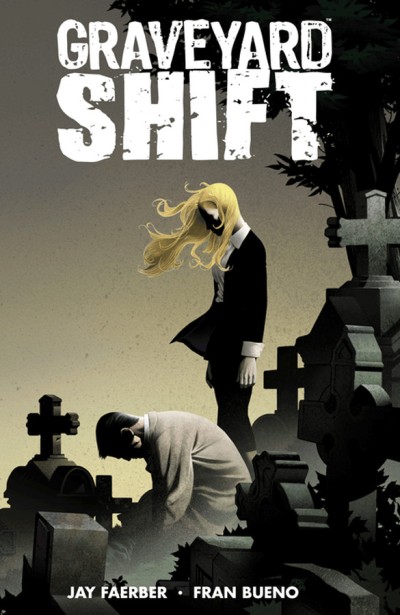 I usually steer clear of comic books featuring vampires — they’ve been done to death (like zombies)! But I love Jay Faerber’s comic book stories. Comixology had this on sale, so I snatched it up (along with some other of his books). There are many familiar tropes in this, but the charm of the characters keep it interesting. Bueno’s visuals aren’t consistently the best, but there are times when the characters (especially the female lead) shine of the page.

The Marvel NOW! initiative began about six months ago, and we discuss the titles that have launched so far in 2013, including:

What did we like? What could have been better? Just how successful was this initiative? Listen to discover the secrets!

Please send your comments to longboxreview@gmail.com, or leave voicemail at 208-953-1841. Please rate and review on iTunes. You can also visit the Feedback page.