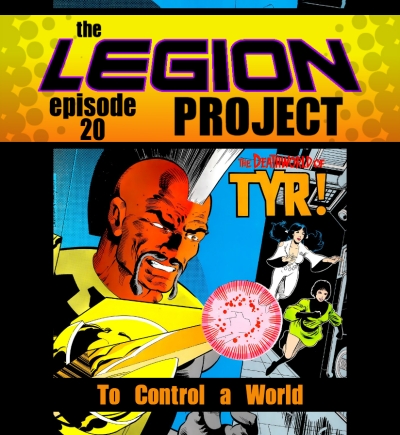 Presenting a joint podcast production with Peter from The Daily Rios podcast (where you can also listen and subscribe to The Legion Project), where we will discuss, issue by issue, the 1984 Legion of Super-Heroes (volume 3) series affectionately known as the “Baxter run”.

In this episode we discuss Legion of Super-Heroes #20: “To Control a World”. Some Legionnaires take over a (war)world and then Dream Girl and White Witch attend a party! Plus, Who’s Who entries and Legion appearances in other comic books in early 1986!

Please leave comments below, send your comments to longboxreview@gmail.com or peter@thedailyrios.com, or chat with us @longboxreview or @peterjrios on Twitter.