I have a long list of trades sitting on my bookshelves that I’m slowly working my way through. One of these was a collection of JLA (1997-2006). Because I wasn’t reading that many comics in the late 90s, I missed my chance at jumping on board the Grant Morrison, Howard Porter, and John Dell issues, but at some point I bought the A New World Order collection of the first four issues. I enjoyed it, and decided that I would get the trades if I could do so cheaply. But when I got the Tower of Babel collection (which was probably the third trade that I got), I was hooked. I finally started buying the monthly issues, starting with #103, which was part of the “Pain of the Gods” storyline. Of course, the series then ended with #125. In the meantime, I was still getting trades. It took a while, but I finally got everything up to when I was getting the monthly issues.

I’ve spent the last year or so catching up, reading a few trades back to back. The Grant Morrison/Howard Porter stories are fantastic, and redefined what these heroes could be in the DCU. Mark Waid and Bryan Hitch’s work was interesting. But then came Joe Kelly and Doug Mahnke. 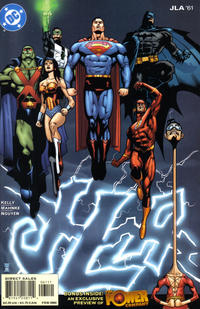 I thought no one could top Morrison as far as idea/story, but I was wrong. Kelly/Mahnke take what was built before to another level. The stories are bombastic and personal at the same time. On top of that, we got some meanderings into moral and subjective territory (“Golden Perfect”), and the beginnings of the Wonder Woman/Batman relationship, to name just a few things. Also, Mahnke threw in some wonderful visuals and gags.

There are many things to love about the run by Kelly and the artists involved. Here are some items from each story that I loved.

“Bouncing Baby Boy”: Besides generally believing in Plastic Man, Batman even told PM that out of everybody in the group, he thought that PM would be the best father. This relationship would play out some more in a future story. 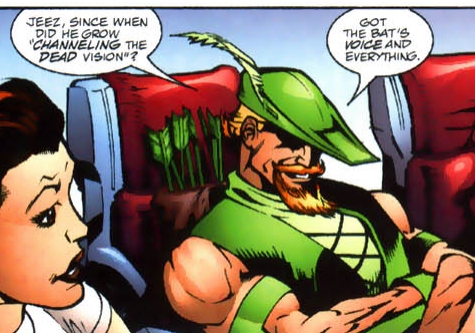 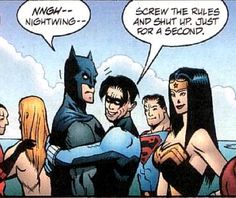 This story gets a little heavy-handed regarding politics, but it’s still an interesting examination of what happens when superheroes interfere with a sovereign entity, even if it is an alien one, and the debate the League has among its members was interesting to read. Meanwhile, Diana keeps pressing Bruce to talk about them. Speaking of relationships, Martian Manhunter has formed a partnership with Scorch to help him overcome his issue with fire, and they end up kissing at the end of the collection. 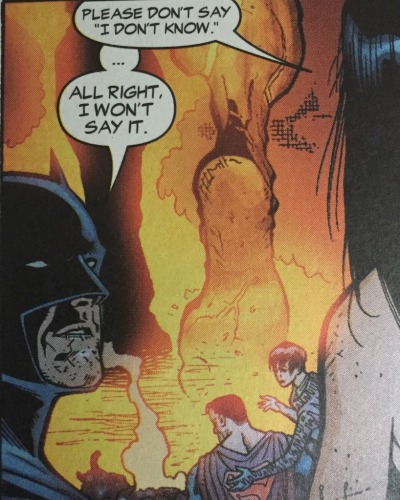 I will admit, when I had read that Byrne was doing JLA, I almost jumped on board with the monthly issues then, but a friend warned me it wasn’t that great. Boy, was he right. After reading such engaging stories before this, The Tenth Circle was boring schlock. It felt so dated, and the dialog was stiff, and there was nothing inventive at all here, not the least of which was the vampire antagonist. Sheesh. Who knows, perhaps there was some editorial meddling that brought this arc down, but somehow I doubt it. What an unfortunate way to end such a good reading run.