I have a long list of comics that I’ve acquired over the years that I fully intended on reading shortly after I bought them, but this and that happened, and I never got around to it. Until now. Recently, I finished reading two mini-series and the first arc of short-lived series. Here are my thoughts on Superman: The Secret Years, Time Masters: Vanishing Point, and Green Wake. 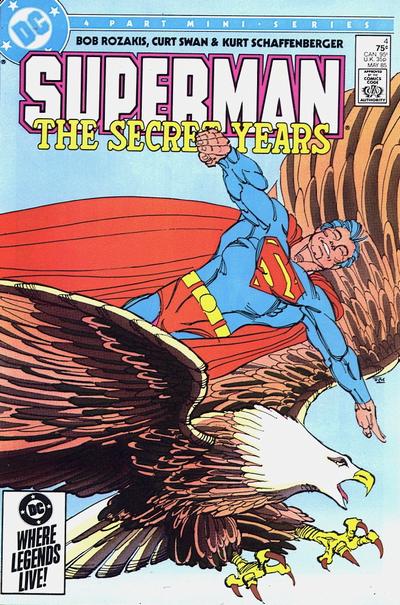 I remember reading some backup stories in Superman comics (I forget which title specifically) called “The In-Between Years” chronicling Superman’s life between Smallville and living and working in Metropolis. This series is an extrapolation on this premise, focusing on Clark’s years at Metropolis University. The series is mostly these short done-in-one stories, with a few plot threads going through most of the issues. One common thread is Clark’s anxiety about being powerless to save everyone: his parents, his friends. This was back before the Crisis and the Kents (much like in the New 52 version) are dead before Clark fully became Superman. One of Clark’s roommates ends up drinking and driving and becomes paralyzed. And another Metropolis U student, Billy Cramer ends up dead as well.

There are some highlights. The love affair with Lori Lemaris is expanded on…slightly, but it’s still nice to see someone vying for Clark’s affections, and this story was always a favorite of mine from the original telling (“The Girl in Superman’s Past”). Clark decides to reveal his secret identity to Billy in issue two because he needs someone he can confide in, and why not a hometown boy? And there’s the progression of showing Clark/Superman maturing in the art. In issue one he is clearly more on the Superboy side than Superman, but by the end of the series, he is a young Superman for sure. I think that Kurt Schaffenberger had more to do with that than Curt Swan. I may anger some readers, but I think Swan only knew how to draw Superman as one particular age. Speaking of the art, what about Frank Miller on the covers?! This was before The Dark Knight Returns. Given the classic Swan art interiors, what a bizarre pairing. 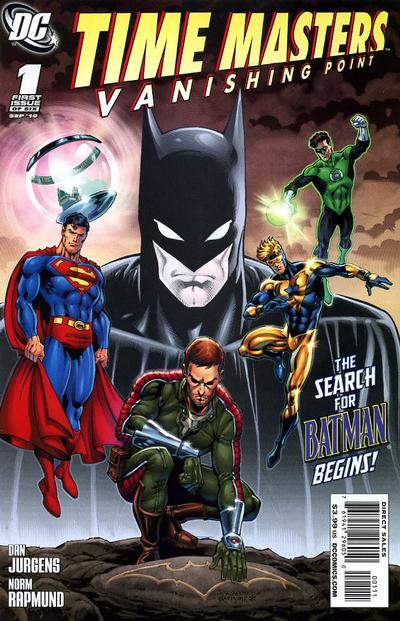 I got this series because I thought I would get some of the missing pieces between Final Crisis and The Return of Bruce Wayne. I did not. This series is mostly an exercise in filling time before Flashpoint happened. In fact, the final issue ends with us being told to read an issue of Booster Gold and Flashpoint #1 if we want to find out the answers to the mystery presented on the last page! I found that very frustrating. Also, the first issue’s cover implied that we would “find” the lost-in-the-time-stream Batman, and I guess that “promise” was fulfilled, but it one panel in the final issue and sort of told in flashback. And what good was there in having Superman, Green Lantern, and Booster Gold around, other than to help punch things on a few pages? For most of the series, they are superfluous to the story.

What I did enjoy were the glimpses into Rip Hunter’s childhood and his interactions with his father, the future Booster Gold. In fact, Daddy Hunter shows up in the guise of Supernova (whom I last saw in 52), a character that I’ve always enjoyed seeing in DC Comics. 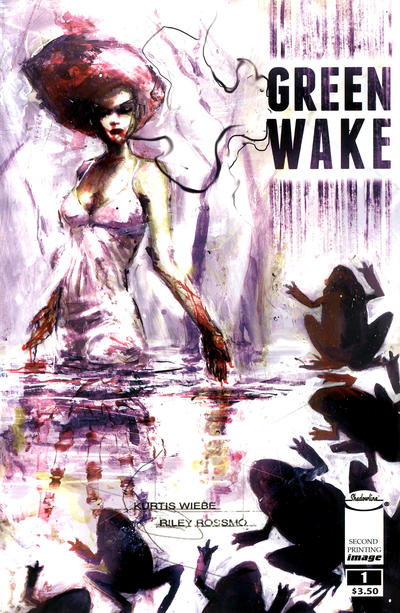 What a cool series. I have vague recollections that this was a mini-series, but then it was announced as an ongoing series, and then it was cancelled after issue 10. I read the first arc, issues 1-5, and now I think I need to go get the other five issues. The story is about a murderous spirit who is being pursued by two men in a place called Green Wake, which appears to be a kind of Purgatory (though one character likens the place to Hell). In fact, this series reminded me of certain aspects in Dark City and What Dreams May Come, with a dash of Seven thrown in. The Rossmo art fits the mood and setting perfectly, and Wiebe throws the right amount of introspection and pathos our way to make for an engaging story. The ending gets a little confusing, but I also like that you can interpret it a couple ways–that makes it a better story to me. Unlike the other two series described above, I do recommend picking this one up if you can find the back issues or trades.