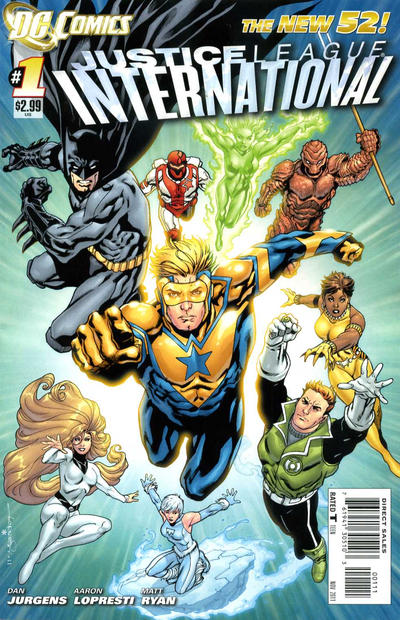 Poor Booster Gold. The guy gets no respect, despite the fact that Batman believes in him (or so he says). Booster thinks that he’s been asked to join the Justice League, when in fact, he’s been asked to lead the UN-sanctioned Justice League International. Then Guy Gardner stomps out of the meeting, refusing to be led by Booster. Then the UN liaison berates Booster for not being able to keep Gardner on the team. Finally, on the team’s first mission, even with Batman along, things go from bad to worse.

The comic didn’t last, but I found the premise interesting, if the execution lacking. I would love to see this story played out with characters that weren’t driven by corporate objectives because a team put together by the world governments in response to an independent team of superhumans without any proper training or a clear mandate IS intriguing to me. I’m not sure why this book failed because Jurgens is an established, fairly decent writer, and Lopresti has a very clean, early-eighties superhero style, plus it had Batman! How can you go wrong with Batman? ;)