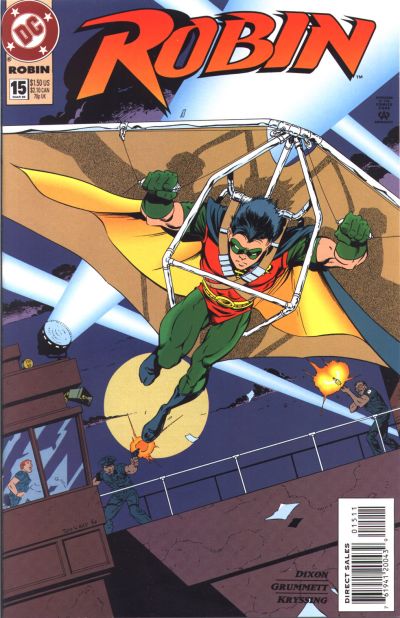 While I loved that Robin got an ongoing series back in 1993, the plots were pretty run of the mill for the most part (that’s Dixon for you) as I recall, and this issue was no exception. Robin and Batman are putting together clues left behind (they figure out eventually) by the Cluemaster. The issue ended with Robin tracking down the kidnapped Stephanie Brown, just as she’s about to murdered (so you can come back for the next issue). It’s so odd to read the pre-Batgirl Steph. I never really cared for the character until she became Batgirl and was written by Bryan Q. Miller.

It was nice to see the Grummett artwork again, but three inkers on this issue? Who didn’t meet their deadline, hmm? Adrienne Roy’s colors are always nice to see, too. She really does a good job, and on Batman in particular in this issue.